Vox reported that the 2014 Commonwealth Fund (which surveys Americans on how difficult it is to afford medical care) shows the number of Americans who say they can afford the health care they need went up for the first time.

The Commonwealth Fund fielded the survey during the second half of 2014, meaning they captured the people who signed up for Obamacare during the open enrollment period earlier in the year. And it showed, for the first time in the survey’s 10-year history, a decline in the number of Americans who reported having difficulty paying medical bills or who carried medical debt. 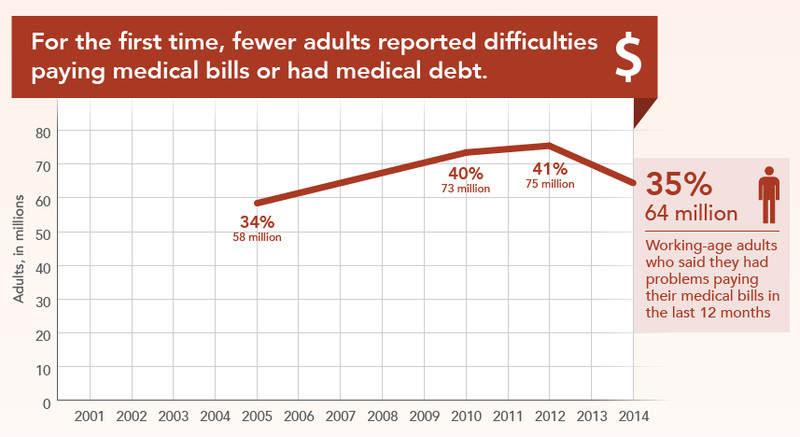 The Commonwealth Fund also looked at Americans who said they put off care because it was too expensive. And there, too, they saw a decline: 36 percent of Americans reported delaying care because of the price, an all-time low in the survey’s history. 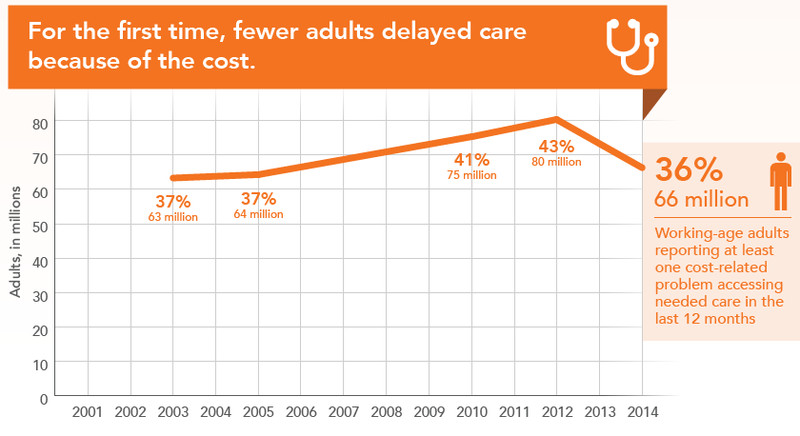 This also coincided with an increase in the number of Americans who reported having health insurance, a finding that lines up with other national surveys on coverage.  The Commonwealth Fund survey suggests that the plans sold on the marketplace are making it easier for the people who buy them to see the doctor — which is one of the main points of having health insurance to begin with.

Obamacare has significantly increased the number of people with health insurance coverage. It did that by overhauling the individual insurance market — where people buy their own policies — and expanding  Medicaid, a public program that covers low-income Americans.